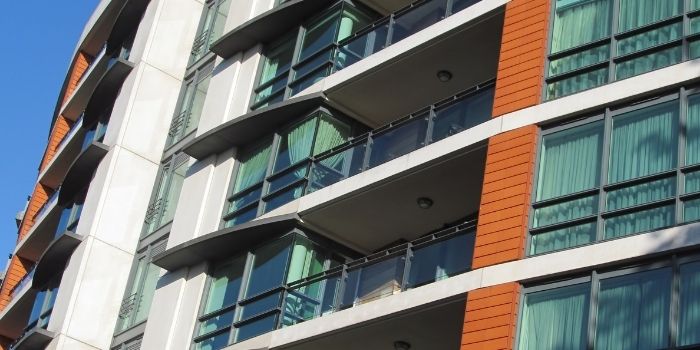 As you know, new apartment blocks are becoming a regular sight across London. Whether they’re regenerating historic buildings, filling empty land or giving a new lease of life to existing areas of the city.

It’s often presumed that these new properties are outrageously expensive and will be far out of most Londoners’ budgets. But recent research from comparison site Compare My Move has found that in several London boroughs, new build homes are actually cheaper on average than existing properties.

In some boroughs, the average price of a new build is a monumental £169,207 cheaper than buying an existing property, and others can see savings of an average of 17.5 per cent.

Here are the top five London boroughs where buying new can save you thousands of pounds.

A few facts about Islington:

Islington was once home to two of Europe’s oldest and largest prisons.

Holloway Prison, first opened in 1852, was the biggest women’s prison in western Europe until its closure in 2016. Pentonville prison opened in 1842 and is still functioning as a working prison today, despite hints at its future closure. The design of Pentonville was based on the ‘Separate’ system, which focuses on keeping prisoners in solitary confinement.

In 1613 Hugh Myddelton built an aqueduct that delivered fresh water from Ware and Hertford to the heart of Islington.

Islington is home to the UK’s first theatre pub

The UK’s first theatre pub, the King’s Head Theatre Pub on Upper Street has been serving thespians and Islingtonites since Shakespearean times.

House prices in general in Hounslow are significantly lower than number five on this list, Islington.

A few facts about Hounslow:

Hounslow wasn’t always a London borough, it wasn’t even considered a part of our capital until not so long ago.

Before the 60s the area was part of Middlesex until it became a part of West London in 1965.

Hounslow residents perished in the plague

Many years ago we obviously didn’t have the pioneering medical technology we do now, and unfortunately, this meant health epidemics spread quickly.

London fell victim to a horrendous disaster during the 17th century as the Great Plague took the lives of thousands, and in 1665 – 149 local residents died in the tragedy, according to ThamesDiscovery.org.

Harrow, in North West London, has a range of family homes and swanky new apartments at reasonable prices considering its 15-minute journey time to Central London.

Harrow is, of course, home to the famous public school of the same name, and it’s also a great option for commuters – it’s just over 15 minutes on the Metropolitan Line from Harrow on the Hill to Baker Street.

A few facts about Harrow:

In Stanmore there are two ponds known formally as the Spring Ponds, although they have another colloquial name: Caesar’s Ponds. The pools are manmade and date back to Roman times, hence the name. Legend also has it that Boudicca and her rebel army camped here, drinking from the ponds. The ponds have another name in Old English. Stony Ponds translates as ‘stane meres’, giving Stanmore its name.

Harrow-on-the-Hill was once a hotbed for pagan activity. The area used to be called ‘Gumeniga hergae’ which translates from Anglo-Saxon English as ‘heathen shrine’. The area’s famous medieval church, St Mary’s, is built on an old place of pagan worship, in an attempt to convert non-believers to the Christian cause.

It’s to be expected that homes in Kensington and Chelsea don’t come cheap – but it might be surprising that new builds in the area are, on average, £169,207 cheaper than existing properties.

Kensington and Chelsea is known for its wealthy residents, opulent properties and high-end shops.

A few facts about Kensington & Chelsea:

Well before there was even Kensington Palace, what would become Kensington Gardens was part of a vast hunting ground owned by King Henry VIII.  In 1728, Queen Caroline asked that it be separated from Hyde Park and it was redesigned into a landscape garden by Charles Bridgeman and Henry Wise.  In 1733, the gardens were first opened to the public, but only on Sunday evenings, before eventually opening to the public on the rest of the week in the early 19th Century.

After their marriage in 1981, Princess Diana and Prince Charles moved into Apartment 8 at Kensington Palace and eventually raised their sons, William and Harry, there. Following Diana’s fatal car crash in 1997, mourners covered the palace grounds with an estimated 60 million flowers, as well as stuffed animals, flags, photos, and notes. Some bouquets were later used to compost the surrounding gardens, while others were donated to hospitals and nursing homes.

Famous People to have lived in Kensington

London is well known for attracting the best and brightest from around the world. But what famous celebrities have loved in Kensington? Eric Clapton, Rowan Atkinson, Robbie Williams, Sir Richard Branson to name a few.

Coming in at the top spot is Richmond upon Thames, where new build properties are an average of £121,793 cheaper than existing homes – almost 20 per cent less expensive.

This leafy South West London borough is a nature-lover’s dream, home to the famous Richmond Park, the Royal Botanic Gardens at Kew and Bushy Park.

A few facts about Richmond upon Thames:

Richmond Park is the largest park in London

It measures 3.69 square miles, covers around 2,500 acres and is home to well over 600 red and fallow deer. Compare it to New York’s Central Park and it’s three times the size.

East Molesey, which falls within the Borough is home to the famous Hampton Court Palace, acquired by King Henry VIII in the 1520s. The public were allowed to come and visit the palace from 1838, thanks to Queen Victoria, and remains a world-wide attraction to this day.

The world-famous Royal Botanical Gardens at Kew serves as a showcase of living and preserved plants and The National Archives, based at Kew Gardens holds over 1,000 years of Government and public record history.

Contact me today and see how I can help you with your home and move.

Has your house down valued?

Down valuing is where a surveyor acting on behalf of a lender assesses a property and says that it’s worth significantly less than the price agreed by the seller and buyer.

The pandemic has forced all of us to spend far more time at home over the last year and a half, causing our homes to double as our workplaces and even as schools for our children.

How to Choose a Conveyancer or Solicitor

If you're buying or selling a home, there will come a time when you will need to choose a solicitor or a conveyancer to help with the legal transfer of the property. But who to choose?