Why I Love Queen’s Park 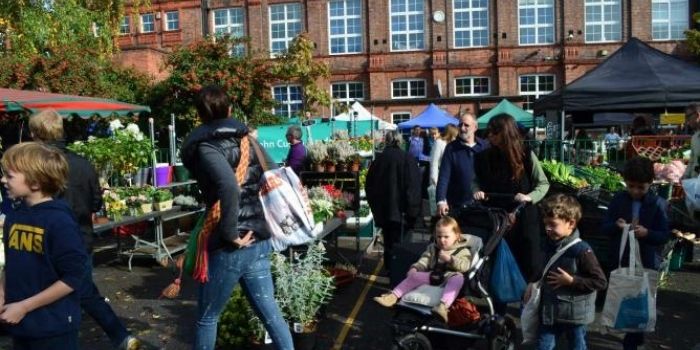 Queen’s Park is an area of North West London divided between the London Borough of Brent and the City of Westminster and lies to the east of Kensal Green. Kensal Green, or Kensal Rise as it is also known, is bordered by the Royal Borough of Kensington and Chelsea and the city of Westminster. The names Kensal Rise and Kensal Green tend to be used interchangeably, although locals of the area differentiate the two by proximity to the local train and Tube stations.

Queen’s Park was created for the International Exhibition of the Royal Agricultural Society, which Queen Victoria opened in 1879. In that same year, London and North Western Railway opened Queen’s Park station on the mainline from London to Birmingham.

The family-friendly area is centred around 30 acres (12 ha), which opened in 1887 and was named to honour Queen Victoria.

Architecturally, Queen’s Park is an important historic area, with a unified urban layout with a high level of building preservation. In addition, the park is an excellent example of a Victorian urban green space.

Queen’s Park is mainly in the NW6 Kilburn postcode, although to the south it strays into W10, the North Kensington postcode, while Chamberlayne Road is in NW10, the Willesden postcode.

At the 2011 census, 36 per cent of Queen’s Park’s residents were white British. However, there were also significant minorities of Caribbean, African, Irish, Indian and Bangladeshi birth or descent, and almost 2,000 people with a mixed ethnic background.

Many Edwardian and Victorian properties in this area remain intact, boasting many of their original, period features,

The two-storey terraced houses east of the park, developed between 1895 and 1900, typically have clean, classical lines. That west of the park, built between 1900 and 1905, tend to be more Gothic in style. In addition, there is a vast selection of large Victorian and Edwardian houses taking the form of semi-detached houses, terrace buildings, and period conversions.

The park itself was laid out by Alexander McKenzie between March 1887 and June 1887.

Facilities in the park include six all-weather tennis courts, a pitch-and-putt course, a quiet ornamental garden, a children’s playground with a paddling pool, a children’s animal farm and a cafe.

A landmark in the park is the bandstand, which was completed in 1887 – a timber roof with wrought-iron scrolled devices to each facet a central wrought-iron lantern. The bandstand was Grade-II listed in 2000.

The City of London Corporation manages the park. In 2020 it won Green Flag status for the 24th year in a row and an additional Green Heritage Site award for its care and conservation of open space and facilities. 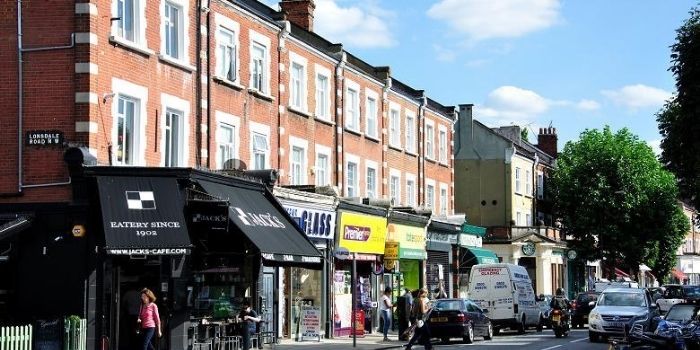 Queen’s Park is bookended by two shopping streets, Salusbury Road and Chamberlayne Road, with an increasing number of shops, pubs, cafes and restaurants.

There are also neighbourhood comprehensive schools and two nearby Christian comprehensives rated “outstanding”. You can also find three private Islamic schools and two private French bilingual primary schools serving the French community in the area and a good selection of private primary and preparatory schools and secondary and all-through private schools.